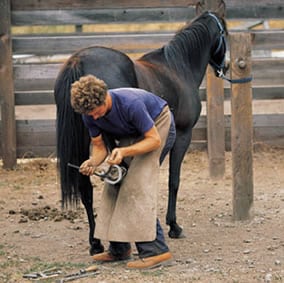 When someone says agri-tourism, often the first thing that comes to mind are hay bail rides, corn mazes, and fresh produce. Those, of course, are fun agri-tourism activities but they are not the only activity encompassed by the growing phenomena of agri-toursim. Agri-tourism is now something far more than just hay bail rides but a full-fledged movement started to promote the agricultural industry and supplement the income of farmers across the country.

The tourism industry in the United States is growing rapidly. Due to the changing economy in America, the areas of tourism are changing drastically. While seashores and mountain getaways used to be vacations of choice, the savy spender is now choosing to save money by traveling to rural America. Rural America offers vacationers equally fantastic experiences and memories as other vacation destinations for a cheaper price.

The price tag of an agri-tourism vacation as apposed to the more traditional vacations allows for more versatility. Instead of going to just one location, you can now hop from town to town truly getting a chance to tour the heart of America. You can visit a safari one day and pick fresh fruit the next. You can do all sorts of fantastic activities including; town festivals, elaborate corn mazes, and just learn about the agricultural industry in general.

If you are a vacationer that enjoys gift shops then agri-tourism destinations will not disappoint. You will have the opportunity to buy one of a kind handcrafted gifts at nearly all agri-tourism locations. Not only are the gifts handcrafted but there is a good chance you will have the opportunity to meet the craftsman that built the gifts. Perhaps you will even be able to watch him or her work. That is something that you will not find at other vacation destinations.

The Effects of Agri-Tourism On Farming Communities

The greatest parts about agri-tourism is the opportunities it offers the communities in which you are visiting. The money spent in small towns has a greater impact to those towns than one could imagine. Agriculture is a challenging and unpredictable industry. One harsh season of weather could virtually shut down the economy of an entire area, meaning that tourism will go from being a vital part of their economy to the only part. Even if the growing season goes smoothly, farmers are typically only paid once maybe twice a year due to the limited amount of harvest. Not only do their crops sale a limited amount of times in a year, the price is unpredictable and constantly changing. The price that your crops sold for the previous harvest year could be drastically higher than the same amount of crops this season. So regardless of having a successful harvest, agri-tourism supplements farmers with a more regular income they would not other wise have.

There are many reasons why agri-tourism is necessary to farmers and farm towns across the United States. Not only does it greatly benefit farms and farm towns but it also benefits consumers. Offering cheaper vacations during a time in our nation that is still feeling the effects of the economic crash of 2008 allows for more families to enjoy vacations that otherwise would not. Agri-tourism will expose you as a tourist to what it is like to live and work in rural America. The culture of rural America is like no-other and is something that many have never experienced. Agri-tourism will bring and blend culture from the tourists and tourist towns alike, each side learning and growing from the experience; ultimately bringing our nation together in a way that would not be possible without agri-tourism.